Here in part 4 of my audio clips, taken while attending a talk by one of South Africa’s most informed activists today, we hear revelations about his time as an air force officer involved in security during banquets held by the heads of state in the old Apartheid government. We also hear of a second security duty that he was enlisted for, to serve at the table of Margaret Thatcher in the 1980s. As Prime Minister of the UK back then, she received a medal of honor from the Apartheid government and he acted as security at her table.

He also talks about how his father, a scientist for the old Apartheid government, was receiving insider briefs on the future of the New SA, under Mandela. When his father died a decade ago, he received the documents on the future plans for SA. Plans which are coming to fruition today.

At a military service duty as a security bodyguard at one of the state banquets one day in the old Apartheid era, he tells the story of how he began to think for the first time that what he was seeing there did not match with the stories told in the media. It was here that he began to question the media and the mainstream narrative presented to the people.

At the banquet, where he served as security, he was assigned to a table of the political outcastes in the old government. All the opposition parties were seated there, like the prince of the Zulu nation, King Buthelezi, as well as the leader of the Afrikaner super Conservative party, Andries Treurnigt, Also the head of the Indian voice, Rajbansee, as well as the leader of the Cape “colored” voice, Hendrikse.

Treurnigt was also eventually killed – like his father – by the same heart attack poisoning that many insiders in the Apartheid government suffered under. Also he tells of how all these opposition party members were said to be real enemies in the media on the day, who hated each other. But they were all having a fine time together at the dinner. In fact they all knew each other’s children and grand children by name, as if they were personal friends.

It was this sight that made him realize that the media are totally lying to the people and that the narrative spread by the media is not at all the truth on the ground. We see this toady on an even grander scale of course.

In this brief clip we hear the speaker gain credibility due to his personal experience as a 19 year old soldier already at these banquets and hear of the history that he learned of by personal experience. It adds to the validity of his later statements on the current government and their swindling behavior today.

Local South Africans of older generations may recognize some of the politicians’ names mentioned here. It seems the story we are presented by the politicians and their mouthpiece, the media, are not the actual truth of what is going on behind the scenes. This is why Dez is now an activist and campaigner to expose the deceit in today’s political system, with particular focus on the unjust and totally corrupt lockdown.

The government of my country of South Africa have been totally bought out by the NWO and the WHO. The elite bankers run the show and our democracy is a farce. Today’s leadership in the form of the president, is a puppet of the NWO, imposing the covid lockdown agenda for them. Is the same thing going on in your country? Are we all under the control of the NWO elite, who are controlling our politicians?

This lockdown was so unnecessary. It was a hoax. The covid virus was a mild incident here in South Africa. What is really going on? It looks like a global takeover of the freedoms of the masses via the government leadership. Therefore the need to have activists revealing the truth going on behind the scenes. If we don’t all wake up to the illusion and the con, then our freedoms will be taken away one step at a time. It is happening right now under the guise of the covid lockdown and monitoring. Don’t let it happen to you...

South Africa was always run by the Queen of England, and still is. We never gained real economic independence from the Commonwealth. The NWO, via the UK, ran the old Apartheid government and today runs the new Mandela ANC government. Nothing has changed behind the scenes. And the same NWO are implementing the lockdown and removal of the freedoms of every citizen as I write this. The covid lockdown and pandemic is just a front to remove our freedoms permanently. Our current president is just a puppet for the NWO.

So how is it in your country? Are you aware of the lie being told to your nation regarding your freedoms of choice to vote and make a decision in who your leader is or what laws are passed? Not any more. The NWO tells your government what lockdown to implement. And the freedoms we sacrifice today, with the covid App required to track and trace your movement, may be sold as benign, but this is the next level of full surveillance. It is time to resist, people of the earth. And in South Africa we are doing it now, by calling for a change in the entire electoral system, along with independent political parties coming up. 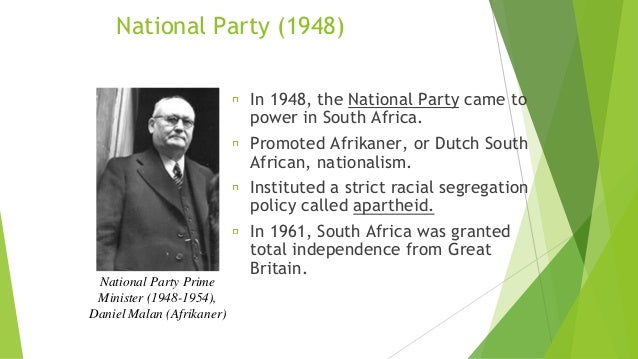 Finding a seaside shelter under the bushes on the south Cape coast of Africa
julianhorack
1 views 5 months ago $
01:10

Ex-military intelligence revelations regarding the NWO control of our planet - pt2
julianhorack
3 views 7 months ago $
01:02

Exploring the wild coastline caves on the south Cape coast of Africa
julianhorack
3 views 10 months ago $
02:11

Ex military intelligence reveals how all politicians are controlled by the NWO, even the opposition both left and right
julianhorack
9 views 7 months ago $

Question: How can I accept Jesus Christ in my life? We want to upvote for your Comment Feedback on Topic Video 595🇳🇬
fatimajunio
10 views 2 months ago $
01:14

Mystery Uncovered: Why the Cats Are Barking?
mrsyria
4 views 6 months ago $
04:04

Founder of the Gay Mujahideen is disgusted by Kyle Rittenhouse getting bail
traceyremix
709 views 4 months ago $
05:08