I have been on and off Splinterlands today getting other stuff done and pop in on the battle field to challenge and opponent or two. In the process I'd like to share of my victories, I should probably share a loss one of these days too 😃

Here was a battle with only odd monsters with fair amount of mana (46)to play with.
After a few undecided line up attempts I finally made up my mind for the battle. 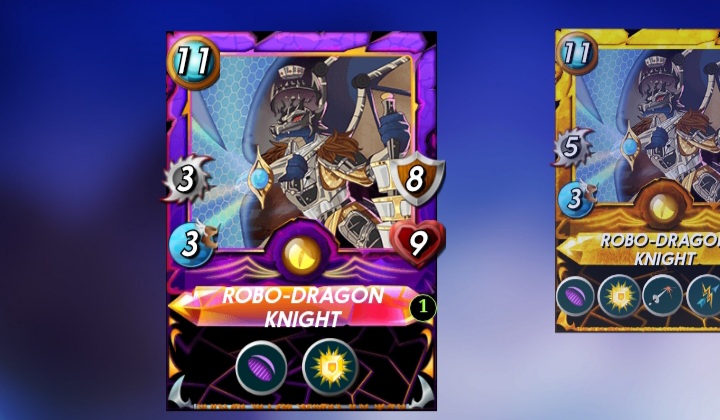 It was ROBO-DRAGON KNIGHT led lineup, here is a monster with void and shield ability to hold the frontline well and rarely disappoints me. I like its speed and attack effect on enemy monsters for a level 1 monster. I am a fan of monsters attacking from behind enemy lineup so SKELETON ASSASSIN and SAND WORM had to do the dirty job from behind, a kind of job they enjoy doing though. 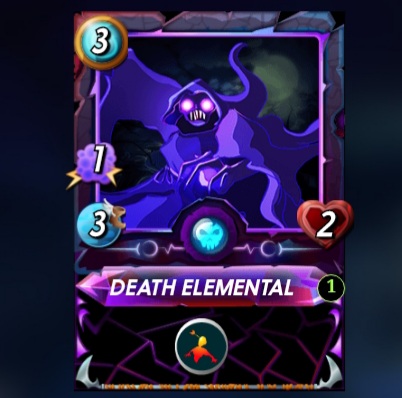 I was in the mood for two magic monsters so DEATH ELEMENTAL and ACIENT LICH was my go to monsters for this battle. DEATH ELEMENTAL's snipe ability is a delight, ACIENT LICH's ability to gain more health each time it attacks is a nightmare to opponents.

You don't step out onto the battle field without a range monster when you have the chance do you? GOBLIN CHARIOT had to step with attacks from range. I like this monster because it is fast, leveling it up to level 3 will be awesome.

Just one of my victories on the battlefield this Saturday afternoon.

We owe it to ourselves to make Hive great Jack Dorset Claims The Future Of Twitter Is On Blockchain
taskmaster4450
15 views a year ago $
03:52

Bitcoin As Internet Money: Welcome To Hyper Deflation
taskmaster4450le
5 views a year ago $
14:04

Crypto investor increasing day by day is that positive impact in our blockchain?
afrinsultana
3 views 10 months ago $
01:23

Two Minute Tutorial - How To Delegate
gastontrussi
0 views a year ago $
00:24

Solve The Problem And Build A Business Around That
rezoanulvibes
3 views 4 months ago $
17:26

Robinhood Just Dug Their Own Grave
rollandthomas
11 views 8 months ago $
02:43

Yield Farming on Tron
stevespeaks
8 views a year ago $
08:17

Change In Mindset: What It Takes For Mainstream Cryptocurrency
taskmaster4450
20 views 8 months ago $