I started the Arlesey Musicians music sessions nine years ago. It was originally at The White Horse in Arlesey, but has moved around a bit since then. We have had people joining us from a wide area as we have provided a fun, non-threatening environment for musicians of all levels. Those people have become good friends and I have been honoured to play with many of them. My duo @swing47 came out of this. One of the best parts of the group has been our open mic nights where we would set up a PA system and people could really perform to an audience. That has not been possible for most of this year. We have been doing some online open mics, but it is not the same. After doing some gigs at The Angel's Share in #Hitchin we were invited by the owner Harpreet to do an open mic there and people were eager to play.

The session was last night and we were lucky with the weather. It has been really cold, but was milder for us. The bar has a canopy out front and hangs from awnings from that as well as having some heaters. This counts as an outdoor venue and so is allowed under current restrictions (for now). Rules say bars can only be open if serving 'substantial meals', but Harpreet has great Indian food on offer as well as a great range of drinks. He has lots of whiskies, but I did not sample those this time.

We opened with @todayslight. He was a bit nervous. Note the beer. Asking if a bar has a case of Corona has a different meaning these days. I was working the sound desk. 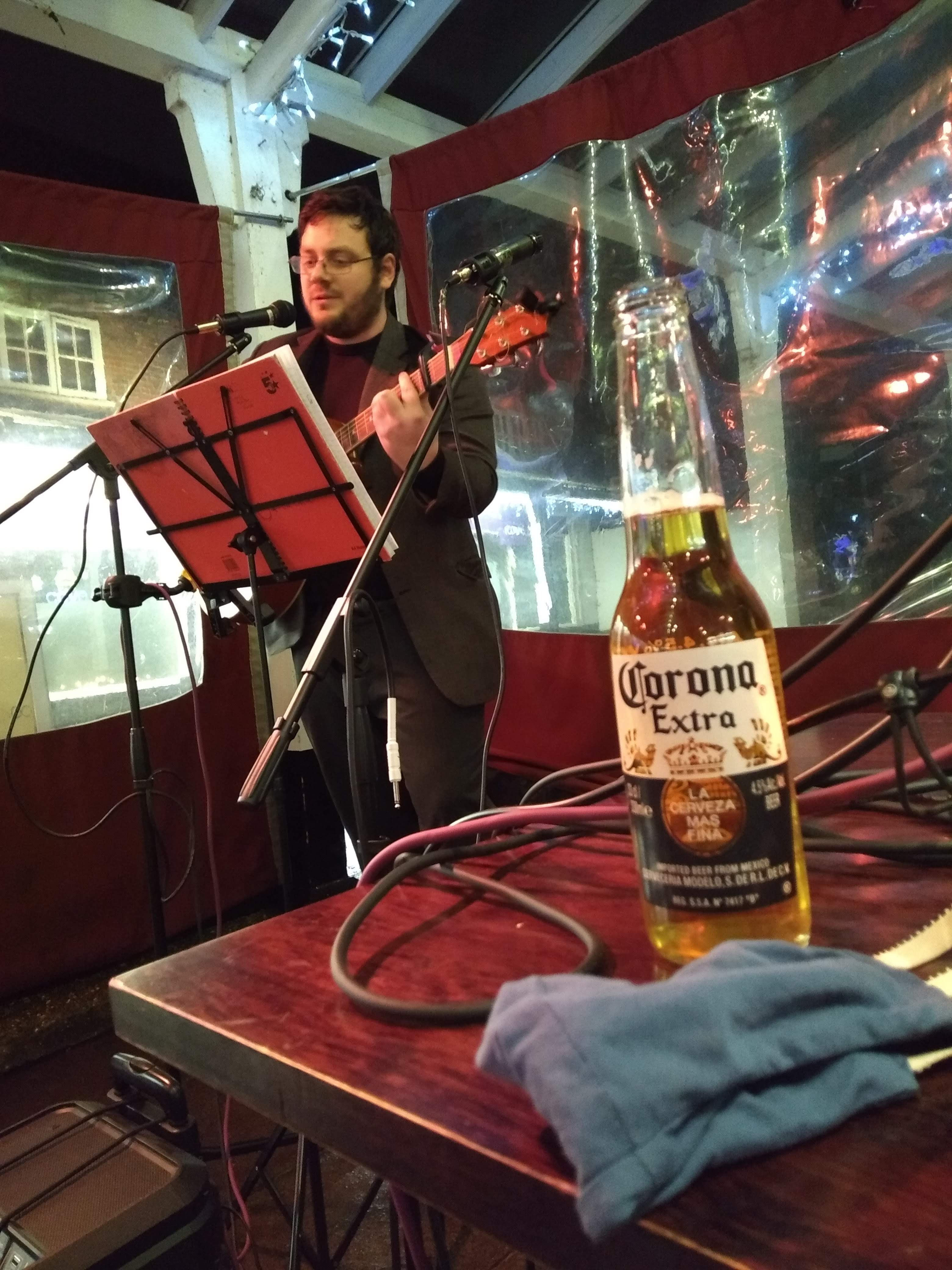 The video features local piano repairer Richard who in quite inventive. He built this contraption from a double bass and some piano parts. It is a sort of bass pedal machine to allow him to add a bass part to his songs. It worked surprisingly well.

We had around eight performers in our evening and all enjoyed being able to perform to a live audience again. We have been invited back in the new year, restrictions permitting.

A Troupe of Demons Passes By - Irish Bouzouki, Handpan and Partsocaster
sketch.and.jam
7 views a year ago $
04:21