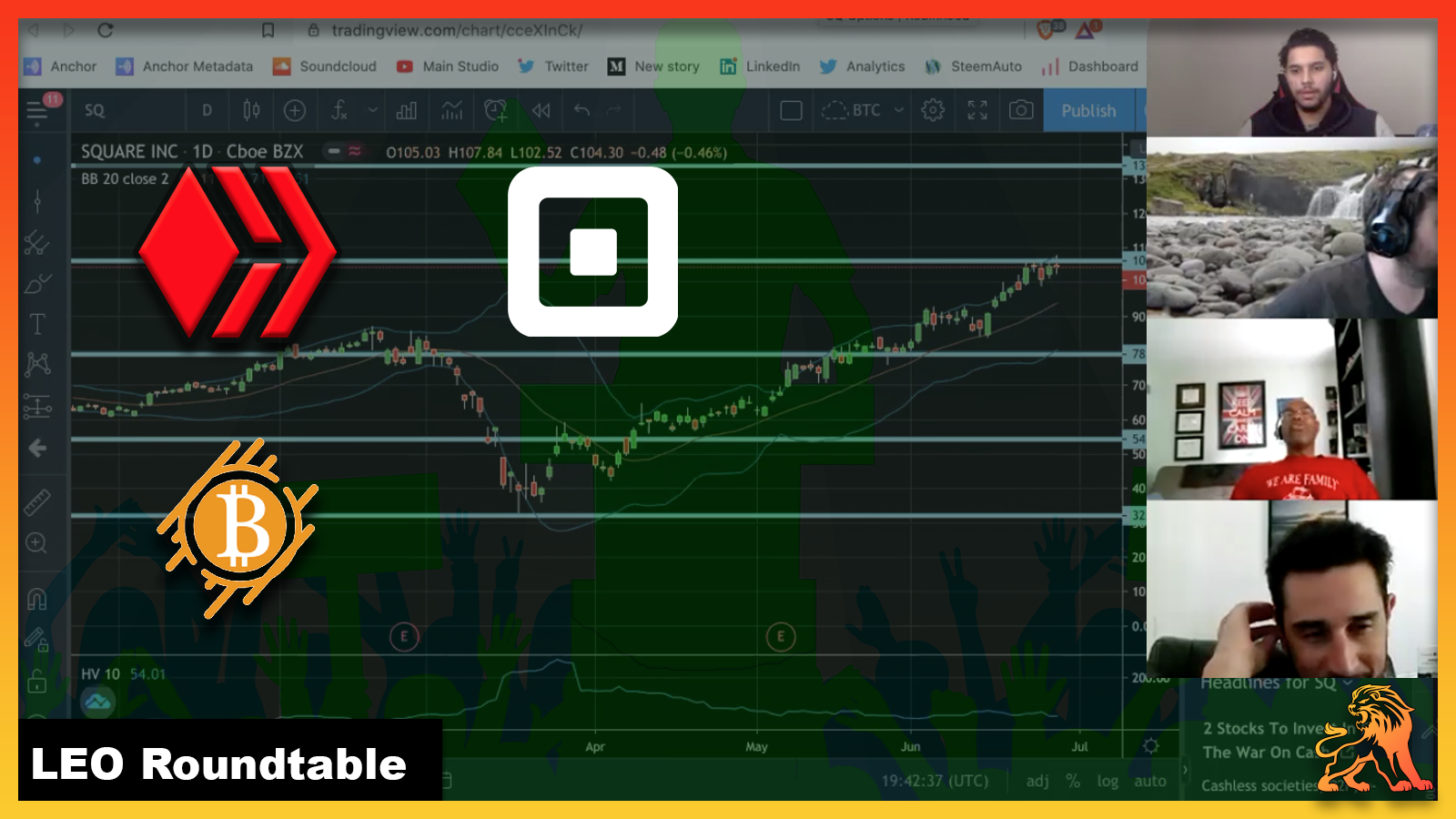 Earlier in the week we recorded this LEO Roundtable episode and covered a broad range of topics. We kicked it off with a debate about the HIVE price and the future of the Hive blockchain — since we have different viewpoints on where Hive stands now and in the future.

It’s interesting to hear all sides of the story. We all use Hive regularly, but we have very different perspectives as to what the future of Hive might look like and how adoption could or could not take place. Sometimes we get stuck in a bubble of like-minded thinking as Hivians (or as anyone who belongs to echo chambers on the internet), so getting these alternative views is fascinating.

From there we progressed into a broader discussion about crypto adoption and how Bitcoin’s future looks. We jumped across the table and hotly debated some politics including the upcoming U.S. elections with Trump vs. Biden (and took some bets as to who would win).

We switched topics back to trading and talked credit spreads. The guys sent me down a rabbit hole a few weeks back and I’ve since put on about a dozen trades. It was nice and informative to break down each trade and talk through the general strategy on the roundtable.

LeoFinance is an online community for crypto & finance. We run several projects that are powered by Hive and the LEO token economy:

Binance Issues an Apology to the Steem Community & Exposes a DPoS Vulnerability | Steemleo Show #21
khaleelkazi
27 views a year ago $
08:25

Tech Talk #7 - Technological Innovation Spectrum & a Dystopian vs. Utopian Vision of the Future
khaleelkazi
10 views a year ago $

Why did an all-powerful God murder the Haitian people during the earthquake? (Part 1 of 3)
ubani
0 views 2 months ago $
09:57

The Spicy Chicken Curry over the Weekend
pradeepdee6
9 views a year ago $
01:33

Wrong Decisions Complicate the Problem || I Am Alive Day-12
hafizullah
1 views a year ago $
03:44

Colin Mcrae in a Subaru Legacy
andreiarshavin
1 views a year ago $
05:21