I approach the 30 meters deep edge and something scares me!

I am used to diving to certain depths with full scuba gear and seeing animals like moray eels, congers or large groupers but this time I got scared and I I felt like a small fish in an immense sea, because I was snorkeling alone and when I glimpsed what I saw I realized how vulnerable we're in the immense sea.

There was very little visibility in the sea that day (it was very cloudy) which did not make it easy at all to fel safer, since from about four meters around you could not see any thing that could come to. you 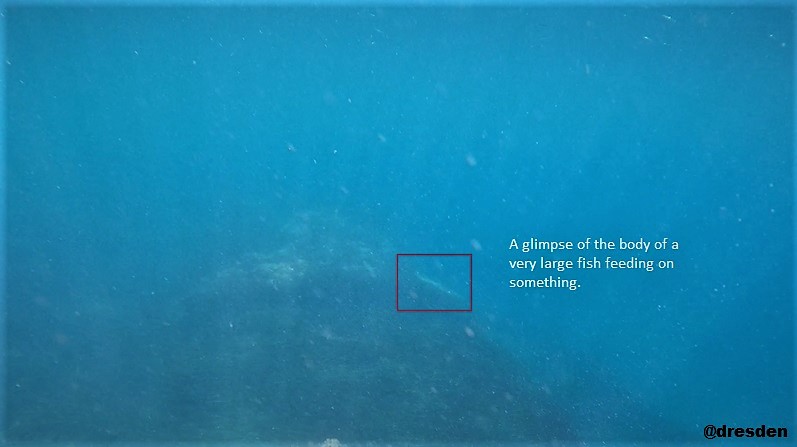 If you watch the video at that moment that I indicate in the image you will see that something is glimpsed that disappears in seconds; believe me it was quite large (at least 2 meters long) since what was glimpsed only represented half of the body of the animal towards the tail.

If you keep watching the video from there you will see that after a few seconds, I begin to assimilate what I have seen and I start to get scared, suddenly moving the camera from one side to the other, swimming back a little and turning the camera back to the place where I saw the fish. 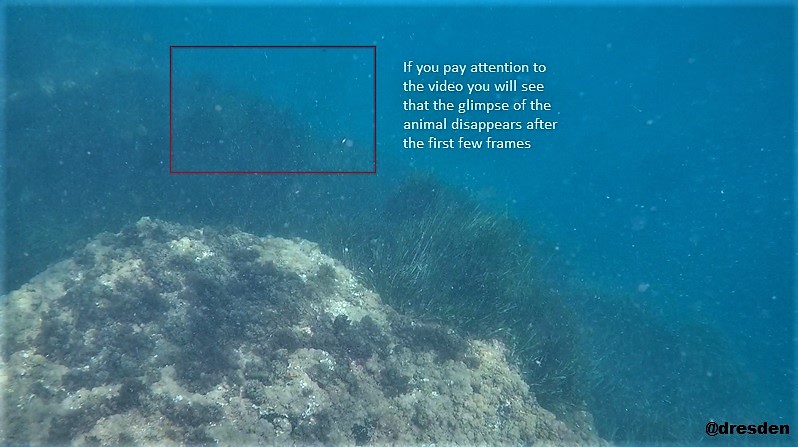 Despite the poor visibility conditions and how fast the fish moved away, I have my hypotheses of what type of fish it could be:

I am inclined to think that it was a barracuda, since it was large and it moved away very fast and these fish are very fast, although it does not convince me that it was near a wall feeding on mollusks (which a common dentex could have been doing), since they hunt other fish.

A large gilthead seabream among a shoal of sand steenbras
dresden
10 views 3 months ago $
03:47

Relaxed snorkeling with a friend of mine
dresden
43 views 2 months ago $
03:11

Start With Planning To Change Your Life
rezoanulvibes
2 views 2 months ago $
11:15

IAmAliveChallenge 358 uninterrupted videos. I am alive and very happy to be in our lady of the garden (Spanish-English)
jlufer
4 views 5 months ago $
03:02

3speak #uncensored. An extraordinary visit in the orchard
jlufer
3 views a year ago $
04:50

Having A Sustainable Standpoint; The Basis To Building Hope? (3Speak)
josediccus
1 views 3 months ago $
09:40

393 consecutive videos in IAmAliveChallenge. I am very happy to be alive. Building relationships within communities is vital for growth
jlufer
5 views 4 months ago $
04:06

Singing a Song With The Nuances of The Gambus, Deen Assalam (Cover).
sudutpandang
3 views a year ago $
08:08