Audio of this video in Spanish.

Read all the details I wrote about this restaurant and know about more dishes in the Part 1, Part 2, Part 3 and Part 4 of this series.

Fun fact: For some the word carbonara comes from carbone, which in Italian is the name for coal, and it's believed that the name of the dish has its origin in the typical dish of charcoal makers in the Apennines (called carbonari in Italian ). 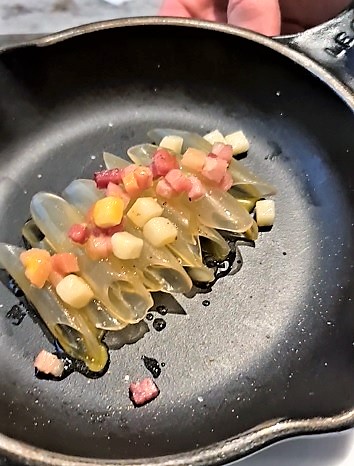 Macaroni carbonara: The pasta was made made by hand, one by one, of Iberian ham broth jelly, having a very powerful ham flavor and at the same time being very soft texture, almost without having to chew it. It had cheese and bacon cubes on top and then the waiter would add a special thick cream that was also very tasty, he would grate Parmesan and bring the pepper shaker to you so you can add pepper to taste. 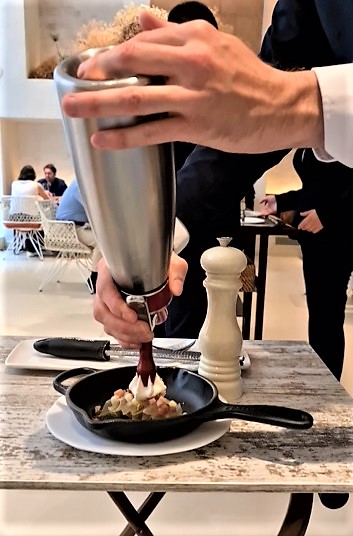 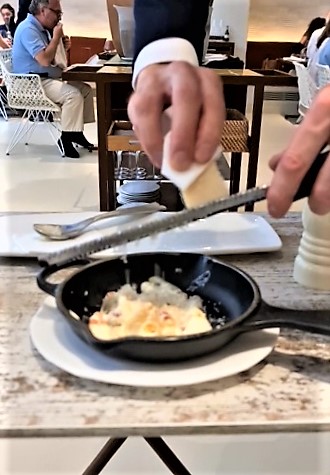 Grating Parmesan after mixing the pasta with the cream. 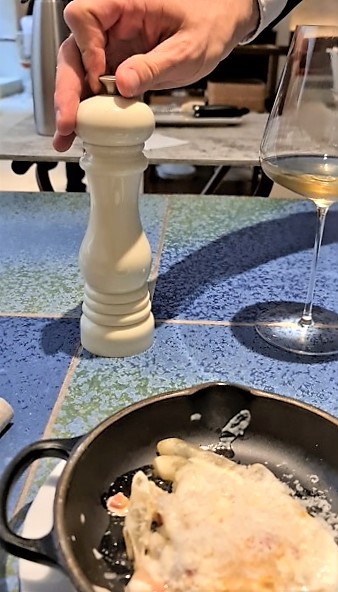 About to put it lots of pepper.

Overall evaluation of the restaurant: 10 points out of 10.

How to convert your Hive/hbd/sbd on simpleswap.io | No need to log in in simpleswap!
jemmanuel
9 views a year ago $
00:22

Riding Through The Wishing Himalayan Bridge
pranavinaction
12 views 5 months ago $
09:41

Things to Know about Hive BlockChain
engineermabbas
31 views a year ago $
35:52

Some old memories of family events
vibhagupta
0 views a year ago $
00:53

Reviewed my vote witness; Let's strengthen steem by showing our unity
certain
1 views a year ago $
05:31

Stuffy's Cook Tells Inslee He can STUFF His Mandates! Tells Others To Stop Complying
newsnownorthwest
34 views 7 months ago $
05:08

3S Education how to mirror through the application Apower Mirror
armia
1 views a year ago $
11:10