Music and cover art made and arranged by aschatria.

Predominantly bells and chimes, clicks and claps in the background, the lead starts of as a soft guitar-like sound that progresses into an electric charge.
It gives a very mobster like theme, doesn't it?

Well, this one will also give a bitter taste of history, because I made it inspired by the British Restoration period.

Here is a short explanation.

Meaning: "equalize the Sands" is a part of the poem "A Glimpse of Joy" written by Thomas Edwards for the "The Return of the King : An Anthology of English Poems Commemorating the Restoration of Charles II" in 1660.

Let's wait upon the Shore in Trained Bands,
Which may in numbers equalize the Sands

The Restoration of Charles II in 1660 marked a period in world history by reintroducing monarchy to a nation that was determining global events through its artistic, scientific, and intellectual achievements as much as by its growing imperial ambitions. It also brought an end the first great anti-monarchist revolution in modern European history.

Charles II was a member of the inbred lineage of the Habsburg descents, a dynasty that veiled Europe into poverty, extremism and wars for seven centuries. So, yeah, very bad idea but still somehow this tremendously ill willed plot gave birth to the outspoken ploy of lies fabricated by then media, poets, paid writers etc etc... a political gamification in which the common people were really treated like nothing but sand. Lessons from the Live Thanksgiving held on the 14th August 2021 via zoom
fatherfaith
1 views a year ago $
04:39 DEAR CONSERVATIVES: We need to talk about "backing the blue"
careywedler
54 views 2 years ago $
07:00 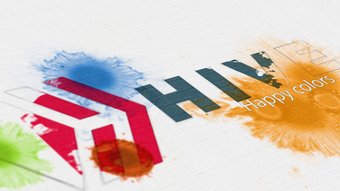