Israel wouldn't be able to hold on to the occupied Syrian and Palestinian lands without the complete support and protection from the United States of America, the world's superpower whose officials compete to please Israel in order to reach and remain in power in their country.

Syria, however, will not let its occupied land continue under occupation and will exert all efforts whether legal by the international law, diplomatic, supporting the resistance to occupation, and by a direct military operation when needed.

This is one of the fronts Syria is facing the US occupation of the Syrian Golan through Israel.

More in this report: Amb. Jaafari Slams US Support for Illegal Israeli Occupation of the Golan.

To watch the video click on the above video player; the below image serves as the featured image when sharing on social media: 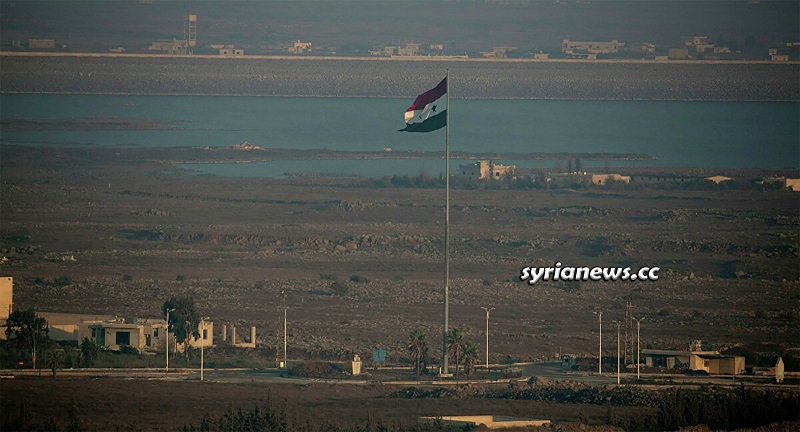 Armenians Helping Syrians Remove Landmines Planted by the Turks and their Terrorists
arabisouri
3 views 10 months ago $
01:13

Turkish Army Convoy Enters Idlib to Save al-Qaeda Terrorists and a Turkish Tank Falls
arabisouri
10 views a year ago $
00:38

A Messenger App that Actually Respects your Privacy with Crystal Rose of Sense.Chat
coruscate
9 views 10 months ago $
01:00